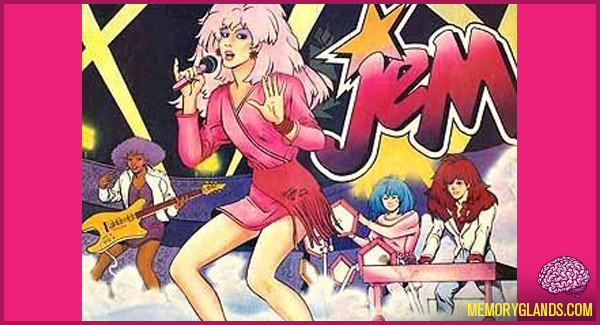 Jem, also called Jem and the Holograms, is an American animated television series that ran from 1985 to 1988 in U.S. first-run syndication. The show is about music company owner Jerrica Benton, her singer alter-ego Jem, her band the Holograms, and their adventures. The series was a joint collaboration by Hasbro, Marvel Productions and Sunbow Productions, the same team responsible for G.I. Joe and Transformers.