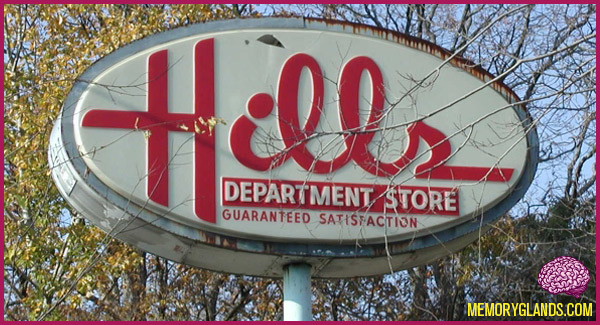 Hills Department Store was a Canton, Massachusetts, based discount department store chain. It was founded in 1957 in Youngstown, Ohio, and existed until 1999 when it was acquired by Ames. Most stores were located in Ohio, Indiana, New York, Pennsylvania and West Virginia, though the company had made a push into other economies in the 1980s. It pushed further south and had several stores in Tennessee and Alabama and west into Michigan. To this day, I still believe that they had the best soft pretzels and popcorn.