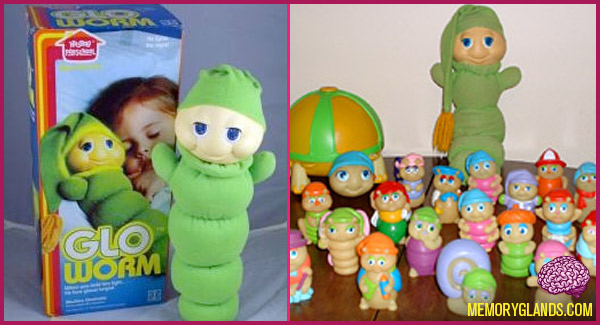 Glo Worm was a stuffed toy for young children, designed by Hasbro’s Playskool division, and made in Pawtucket, Rhode Island. Introduced in 1982, the plush body contained a battery-powered device that, when squeezed, would light up the toy’s vinyl bottom from within, creating a soft glow.

Since the original toy was such a success, Hasbro released a series of story books, night lights, videos and other merchandise that continued until the early 1990s.