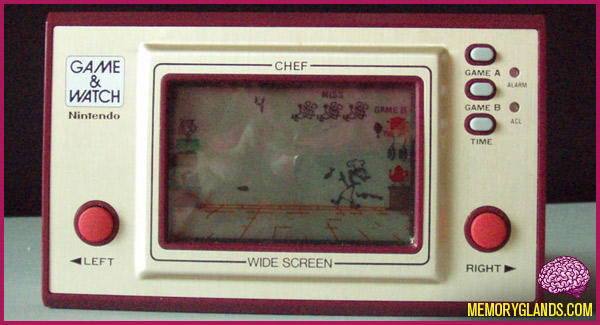 Game & Watch is a line of handheld electronic games produced by Nintendo from 1980 to 1991. Created by game designer Gunpei Yokoi, each Game & Watch features a single game to be played on an LCD screen in addition to a clock and an alarm (thus, “Game & Watch”). 43.4 million of those 59 games were sold worldwide. It was the earliest Nintendo product to garner major success.