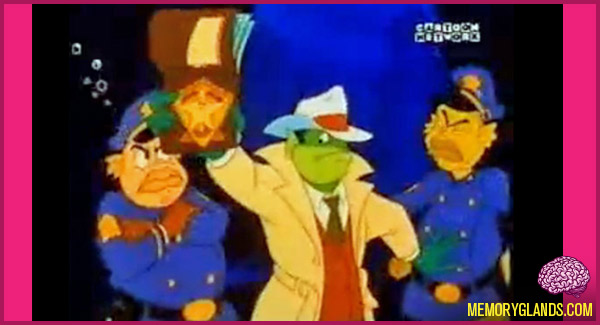 Fish Police is an animated television series from Hanna-Barbera based on the comic book series that first aired on CBS in 1992, lasting only six episodes over one season. In February of that year, three episodes of the series aired, but the show was promptly axed after failing in the television ratings. The remaining three episodes have never been aired in the U.S. As of 2012, it is the last Hanna-Barbera show to premiere on CBS.
However, the show was aired in its entirety for the European syndication market (most notably on Euro-Cartoon Network and Euro-Boomerang). The show had a decidedly more mature tone than most other animated Hanna-Barbara shows. Episodes would often be filled with innuendo and cases of mild language.

The series was part of a spate of attempts by major networks to develop prime time animated shows to compete with the surprise success of Fox’s The Simpsons, alongside ABC’s Capitol Critters (co-produced by Fox, which also produced The Simpsons) and CBS’s own Family Dog. Hanna-Barbera Productions (which also worked on Capitol Critters) pitched the series to CBS Entertainment, which quickly agreed to pick it up. All three were canceled in their first season.