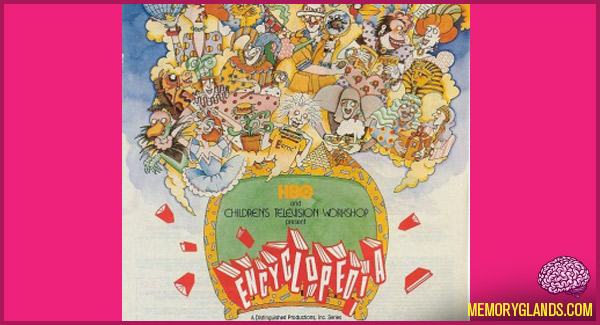 Encyclopedia was a television series created by the HBO Network and the for-profit branch of the Children’s Television Workshop (CTW), Distinguished Productions. The series premiered on the HBO network in 1988.

Each episode covered a letter or series of letters in the alphabet, with short skits of sketch comedy devoted to up to twelve corresponding encyclopedia topics. Several topics were related through song . Three of the six writers of the show had also been writers for NBC’s Saturday Night Live; Patricia Marx, Brian McConnachie, and Mitchell Kriegman.

The series featured the band BETTY, who performed both the opening and closing themes as well as individual songs for selected topics.