Challenge Of The Super Friends 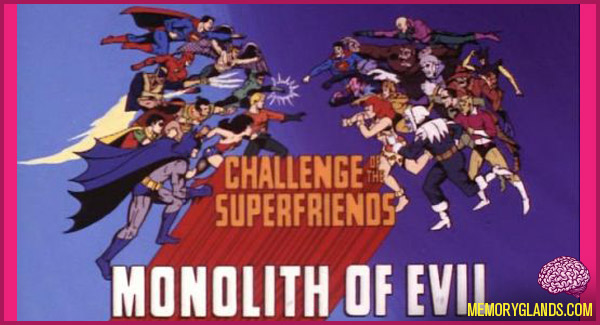 Challenge of the Super Friends is an American animated television series about a team of superheroes which ran from September 9, 1978, to December 23, 1978, on ABC. The complete series (16 episodes) was produced by Hanna-Barbera Productions for Warner Bros. Television and is based on the Justice League and associated comic book characters published by DC Comics and created by Julius Schwartz, Gardner Fox and Mike Sekowsky. It was the third series of Super Friends cartoons, following the original Super Friends in 1973 and The All-New Super Friends Hour in 1977. It continues to air on Boomerang in the United States.