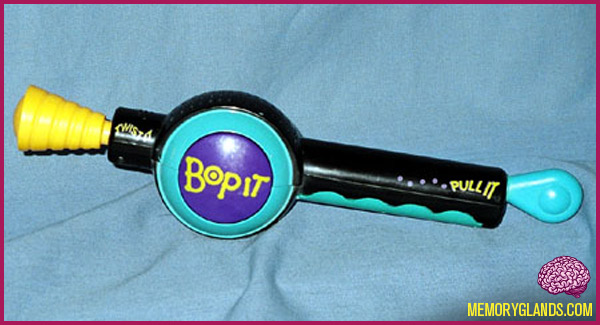 Bop It toys are a line of audio games based on concepts originally patented by Dan Klitsner. Bop It was licensed to Hasbro, and further developed there by a number of designers including Bob Welch.

Bop It games test a player’s mental skill by inducing the player to follow directions at a faster and faster pace. Gameplay consists of the player following a series of commands issued by the toy through speakers. The toys have multiple inputs including pull-handles, twistable cranks, spinnable wheels, toggle-switches, and all versions feature a centrally-located large round button that may be pressed to start the game. With newer versions of Bop It, additional inputs have been added or altered such that units like the 2010 Bop-It! Bounce shares no inputs in common with the original 1996 Bop It.