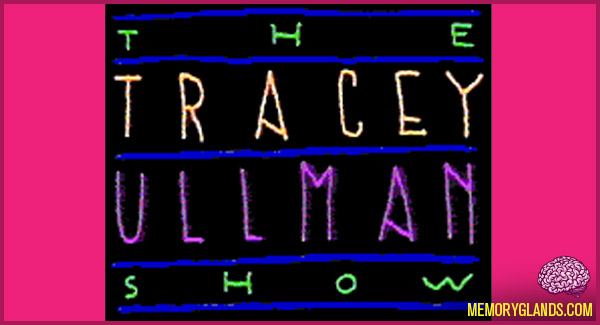 The Tracey Ullman Show is an American television variety show, hosted by British comedian and onetime pop singer Tracey Ullman. It debuted on April 5, 1987 as the Fox network’s second primetime series after Married… with Children, and ran until May 26, 1990. The show blended sketch comedy shorts with many musical numbers, featuring choreography by Paula Abdul. The show also produced The Simpsons shorts before it spun off into its own show. This is the first television series produced by Gracie Films and 20th Century Fox Television.