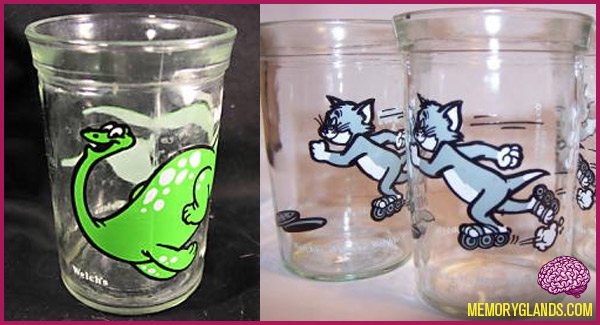 In the 1960s, Welch’s was a major sponsor of the ABC primetime animated comedy series The Flintstones; its characters were prominently featured in Welch’s TV commercials on that show, and on jars of Welch’s grape jelly. In the early 1970s, The Archies cartoon characters were on the jars. That then snowballed into Tom & Jerry, The Muppets, McDonald’s characters, etc.