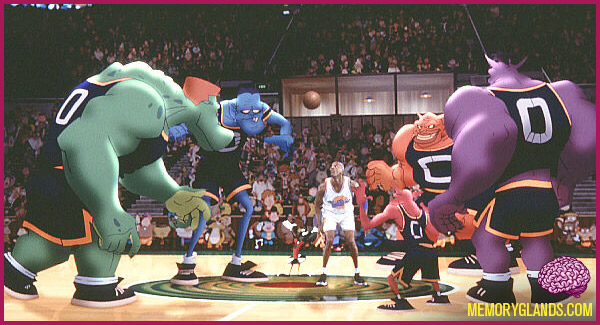 Space Jam is a 1996 American live-action/animated film starring Michael Jordan and Wayne Knight and the voices of Billy West, Dee Bradley Baker and Danny DeVito. The movie also marks the debut of Lola Bunny, who in this film is voiced by Kath Soucie.

The film was released theatrically by Warner Bros. Family Entertainment on November 15, 1996. There was also a licensed pinball game by Sega based on the film and a video game by Acclaim Entertainment. It plays out as an alternate story of Michael’s return to basketball, this time with him being inspired by Bugs Bunny and others.

Although the film received mixed reviews overall, it was a box office success, opening at #1 in the US, and grossing over $230 million worldwide. It was also the fastest-selling home entertainment subject as sales reached $100 million.