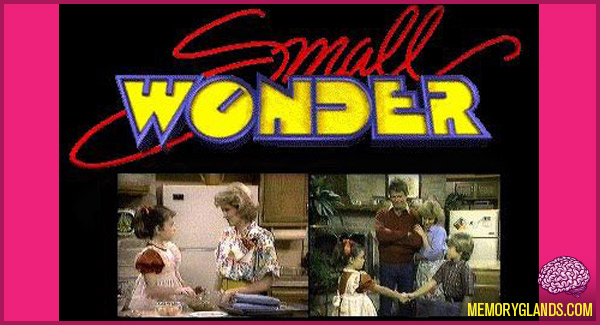 Small Wonder is an American science fiction sitcom that aired in first-run syndication from September 7, 1985 to May 20, 1989. The show chronicles the family of a robotics engineer who, after he secretly creates a robot modeled after a real human girl, tries to pass it off as their daughter. Although the show was created under Metromedia Productions, the rights to the show were acquired by 20th Century Fox Television in 1986.