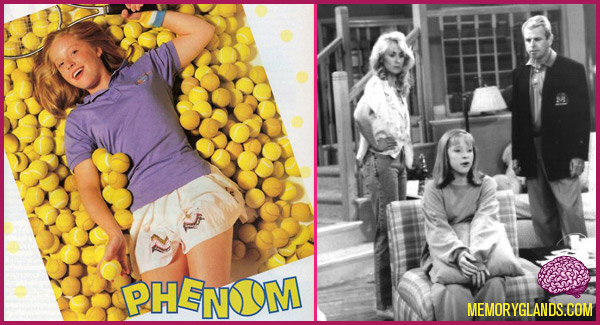 Phenom is an American sitcom about a tennis wunderkind that aired on ABC from September 14, 1993 to May 10, 1994. The series stars Angela Goethals, Judith Light, and William Devane.

Fifteen-year-old Angela Doolan (Goethals) has the potential to be a sports superstar but worries about losing her normality and severing her family ties. Angela’s father has deserted the family to rediscover his youth and dally with younger women, leaving her mother Dianne (Light) to raise her children (including older son Brian and youngest daughter Mary Margaret) and try to keep a lid on her bitterness. Added to the fray is Angela’s obsessive tennis coach Lou (Devane), who is determined to bring out the champion in Angela regardless of the cost to her growth as a person.

Phenom was placed in the ideal time slot of Tuesdays at 8:30/7:30c, between Full House and Roseanne. The series initially did well in the ratings but failed to sustain strong numbers; ABC pulled the plug on the show after one season.