One To Grow On 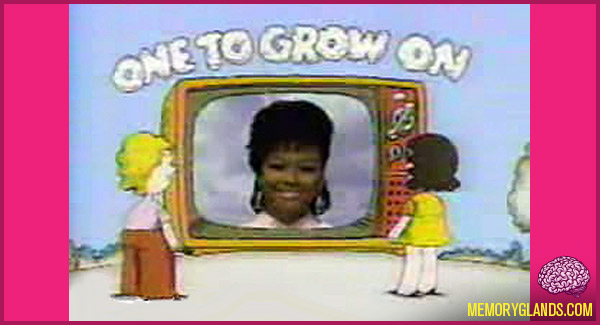 One to Grow On is an educational public service announcement (PSA) that broadcast during NBC‘s Saturday morning line-up from 1983 to 1989 when the network ran cartoons. One to Grow On focuses on ethical and personal safety dilemmas and attempts to teach viewers how to solve them. The PSA appeared immediately after the end credits of an NBC cartoon, such as ABC did with Schoolhouse Rock! and CBS with In the News.

The PSAs begin with an animated sequence that leads into an animated TV on which an actor appears. After the actor introduces himself or herself, a live-action sequence appears, in which a child faces an ethical dilemma. One to Grow On cuts back to the actor, who explains to the viewer how to solve the problem. The child then rectifies the situation. The actor ends the segment by saying, “And that’s One to Grow On.”

One to Grow On was replaced by The More You Know in September 1989.