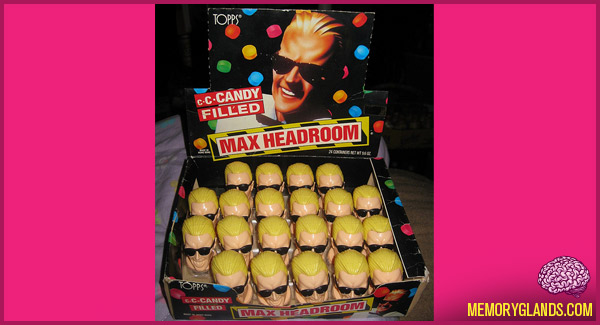 Max Headroom is a fictional British artificial intelligence, known for his wit and stuttering, distorted, electronically sampled voice. The character was created by George Stone, Annabel Jankel, and Rocky Morton in the mid nineteen eighties, and portrayed by Matt Frewer as “The World’s first computer generated TV host” although the computer generated appearance was achieved with prosthetic make up as the computer technology of the time was not sufficiently advanced to achieve the desired effect. Preparing the look for filming involved a four-and-a-half hour session in make up which Matt Frewer described as “a very painful, tortuous and disgusting enterprise.”