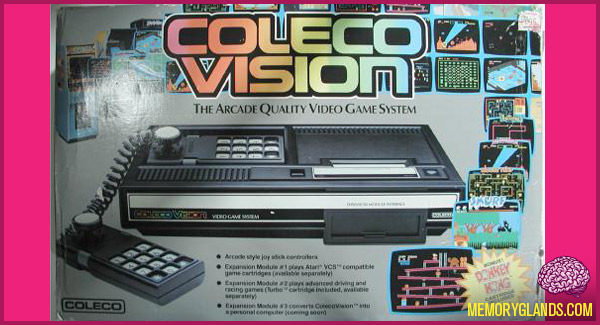 The ColecoVision is Coleco Industries’ second generation home video game console which was released in August 1982. The ColecoVision offered arcade-quality graphics and gaming style, and the means to expand the system’s basic hardware. Released with a catalog of 12 launch titles, with an additional ten games announced for 1982, approximately 145 titles in total were published as ROM cartridges for the system between 1982 and 1984. River West Brands currently owns the ColecoVision brand name.

In 2009, IGN named the ColecoVision their 12th best video game console out of their list of 25, citing “its incredible accuracy in bringing current-generation arcade hits home.”