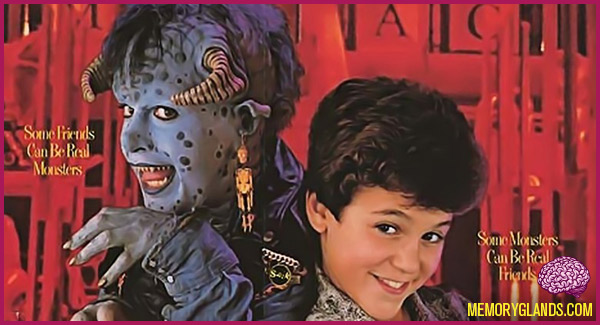 Little Monsters is a 1989 comedy-drama film starring Fred Savage as Brian Stevenson, a sixth-grader who has recently moved to a new town, and Howie Mandel as Maurice, the monster under the bed.

The fictional story purports to explain “what really goes on under the bed” and why children are always getting blamed for things they did not do. Beginning as a flashback, it tells of how Maurice befriends Brian and shows him a world where there are no rules and no parents to tell them what to do. However, there is more to this fantasy world than meets the eye, and when Brian’s brother Eric (Ben Savage) is kidnapped, the fun and games turn deadly serious.