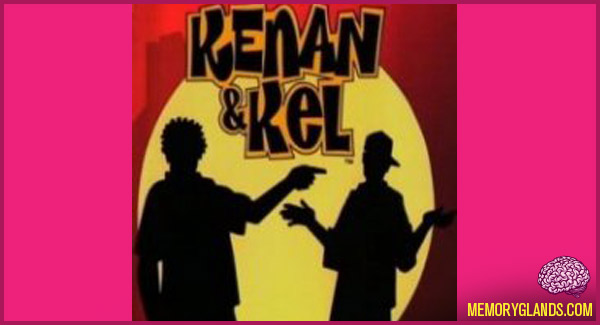 Kenan & Kel was an American live-action television sitcom that originally aired on Nickelodeon from 1996 to 2000. The show starred friends and former All That cast members Kenan Thompson and Kel Mitchell. Sixty-two episodes and a made-for-TV movie were produced over four seasons. The first two seasons were filmed at Nickelodeon Studios in Orlando, Florida, and the remaining two were filmed at the Nick On Sunset theater in Hollywood.