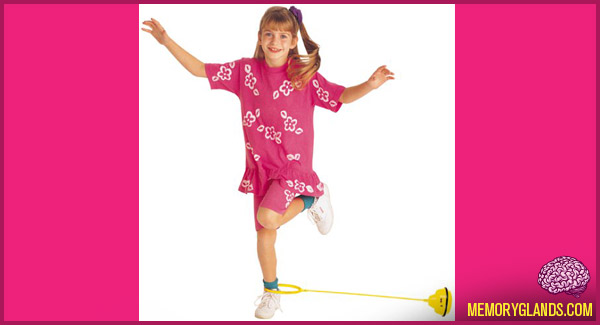 Skip-It is a children’s toy invented by Victor Petrusek and manufactured by Tiger Electronics. During its initial release in the 1980s, the Skip-It apparatus became a commercial success through its avid advertisements on daytime Nickelodeon broadcasting as well as other children’s programming. The ‘Skip-It’ apparatus was designed to be affixed to the child’s ankle via a small plastic hoop and spun around in a 360 degree rotation while continuously skipped by the user. During a second production occurring in the early-1990s, the toy was manufactured with a counter on the Skip-It ball to record the number of skips.