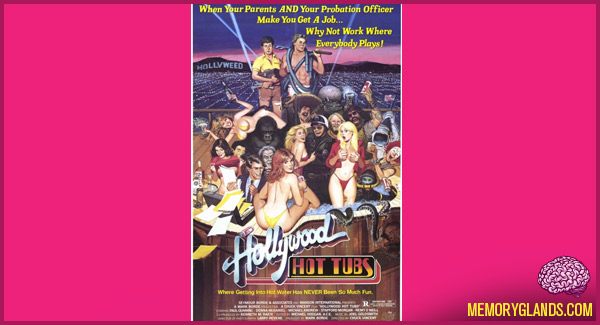 A teenager gets in trouble for vandalizing the Hollywood sign and goes to work for his uncle’s hot tub repair business rather than go to prison. The nephew falls in love with a secretary at his uncle’s company, but risks losing her when caught in compromising situations while performing his duties as a hot tub repairman.