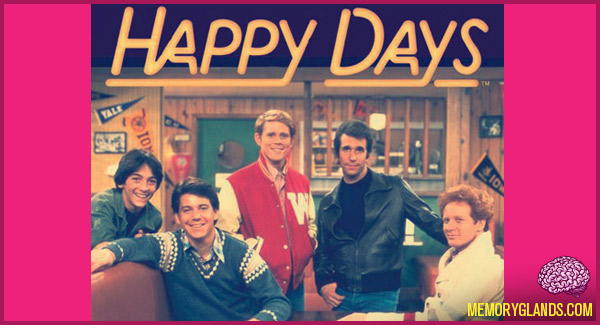 Happy Days is an American television sitcom that originally aired from January 15, 1974, to September 24, 1984, on ABC. Created by Garry Marshall, the series presents an idealized vision of life in the mid-1950s to mid-1960s United States.

Fun fact: The term “jumping the shark,” describing a perceived decline of quality in a television series, arose from a fifth season episode that aired on September 20, 1977. Fonzie (clad in swim trunks and leather jacket) jumps over a shark on waterskis. Happy Days continued to be successful for years after literally “jumping the shark”.