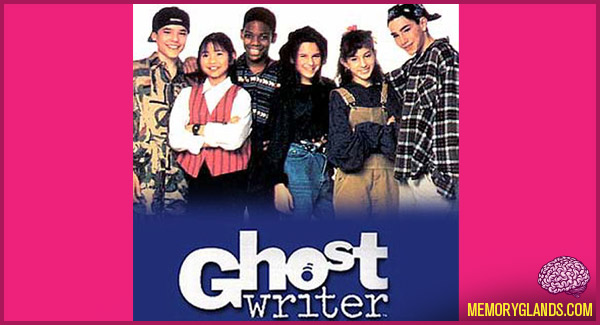 Ghostwriter is a television series co-produced by the Children’s Television Workshop (now known as Sesame Workshop) and the BBC, originally aired on PBS in the United States from October 1992 to February 1995. The series revolves around a close knit circle of friends from Brooklyn who solve neighborhood crimes and mysteries as a team of young detectives with the help of an invisible ghost. The ghost can communicate with the kids only by manipulating whatever text and letters he can find and using them to form words and sentences. The series was shot in Fort Greene, Brooklyn.