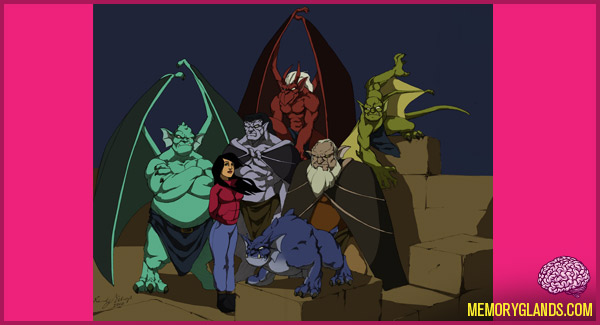 Gargoyles is an American animated series created by Greg Weisman, produced by Greg Weisman and Frank Paur and originally aired from October 24, 1994, to February 15, 1997. Gargoyles is known for its relatively dark tone, complex story arcs and melodrama. Character arcs were heavily employed throughout the series, as were Shakespearean themes.

A video game and comic series were also created in 1995. The show’s storyline continued from 2006–2009 in a comic book series of the same name, written by Weisman and produced by Slave Labor Graphics.