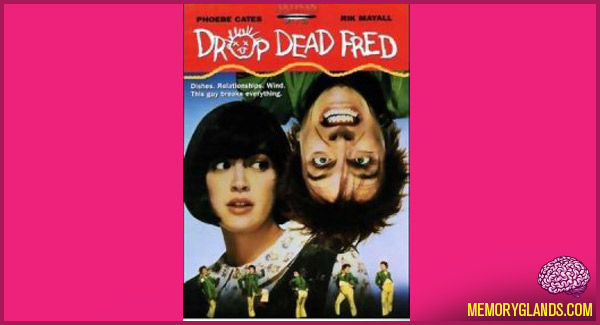 Drop Dead Fred is a 1991 American fantasy drama comedy film. Although touted as a light-hearted children’s film, there are notable adult themes and gags, with elements of black comedy, bizarre visual and make up effects, gross out humor, and some profanity.