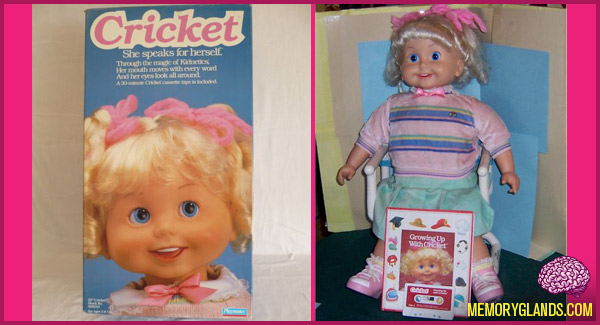 Cricket is a talking doll that was first unveiled in February 1986 at Toy Fair in New York. It was the first major offering by Playmates (Toy Company), which until that time had mostly imported toys from overseas and distributed them for the U.S. market.

The idea was to create a talking doll, as opposed to a teddy bear or other animal such as Worlds of Wonder’s Teddy Ruxpin and Mother Goose dolls. Her catchphrases, including “Are we having fun or what?” and “I’ll be talkin’ to ya!”