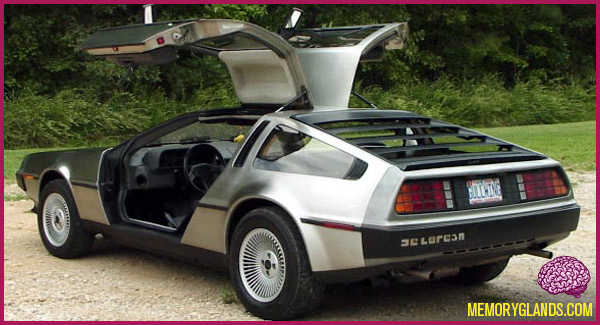 The DeLorean DMC-12 is a sports car that was originally manufactured in Dunmurry, a suburb of Belfast, Northern Ireland by John DeLorean’s DeLorean Motor Company for the American market in 1981–1982. It is most commonly known simply as the DeLorean, as it was the only model ever produced by the company. The DMC-12 features gull-wing doors with a fiberglass “underbody”, to which non-structural brushed stainless steel panels are affixed. A modified version of the car became iconic for its appearance as a time machine in the Back To The Future Movie film franchise.