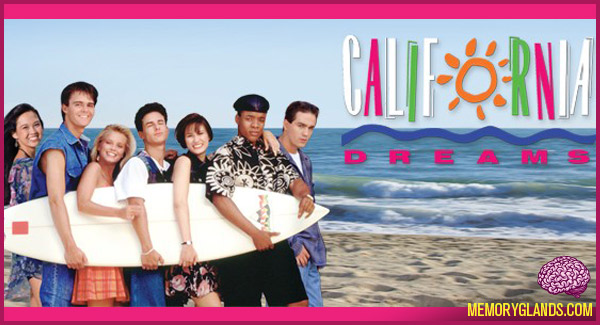 California Dreams is an American teen-oriented sitcom that aired from 1992 to 1996 on Saturday mornings during NBC’s TNBC programming block. It was created by writers Brett Dewey and Ronald B. Solomon and executive produced by Peter Engel, all known for their work on Saved by the Bell.