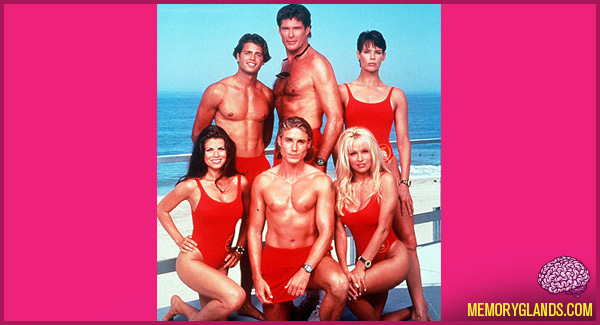 Baywatch is an American action drama series about the Los Angeles County Lifeguards who patrol the beaches of Los Angeles County, California starring David Hasselhoff. The show ran from 1990 to 1999 (and 1999-2001 as Baywatch Hawaii). According to the Guinness Book of World Records, Baywatch is the most watched TV show in the world of all time, with over 1.1 billion viewers a week. It was probably so popular because both men and women could enjoy the eye candy and it was before both Hasselhoff ate a cheeseburger in a drunken rant and Pam Anderson contracted Hepatitis.