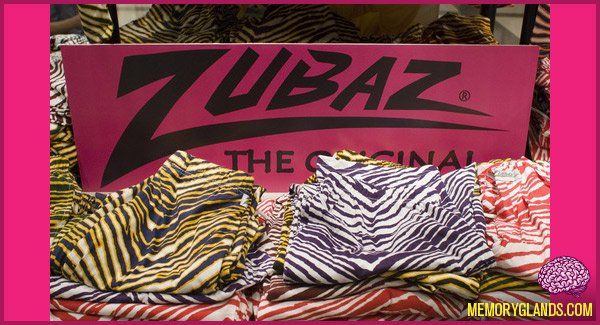 Zubaz is a brand of shorts and pants that became popular during the early 1990s. They were created in 1988 by two Minnesotan bodybuilders, Dan Stock and Bob Truax, as a comfortable, functional short for weightlifting.

They hoped to make a short that would stretch and expand with the body during a workout. In a short time, the shorts became wildly popular in the United States. The Zubaz company sold $100 million worth of products in 1991 alone. The company slogan was “Dare to be Different.”