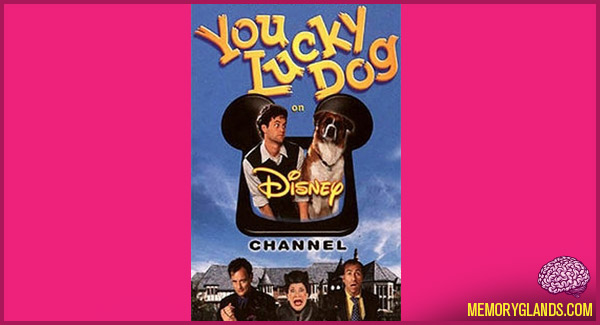 You Lucky Dog is a 1998 Disney Channel Original Movie, first aired on June 27, 1998. It starred Kirk Cameron and was directed by Paul Schneider.

In this film, Kirk Cameron plays a dog psychiatrist who is famous for literally being able to read dog’s minds. At the beginning of the movie, the character no longer retains this ability, but is nonetheless hired by an estate to use his gifts with the titular lucky dog, the heir to his recently deceased master’s fortune. Throughout the course of the film, Cameron’s character regains his ability to read the mind of the dog and uses this ability to discover the truth behind the former master’s demise. But, he not only gains the ability to read the mind of the dog, as he can now actually turn into the dog, such as Norman Bates in Pyscho. He earns the murder’s name, one of his rich relatives.