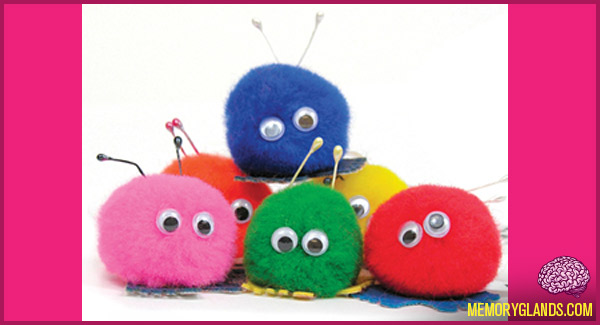 The weepul (also known as a weeple, wuppie, or wuppet) is a small, spherical, fluffy toy, with large, plastic googly eyes, and no limbs. Weepuls come in various colors. Usually weepuls possess antennae and also large paper feet, with an adhesive layer on the bottom, which, protected by a layer of plastic that is peeled off before deployment.

According to Rick Ebel, the weepul was created in 1971 by the Oklahoma City promotional firm, Bipo Inc. It was named by customer Tom Blundell after a stuffed doll his parents had tried and failed to market several years earlier. Blundell figured the little-people stick-on would only be a flash in the pan, “but it just got a life to it, and it still isn’t ready to die.”