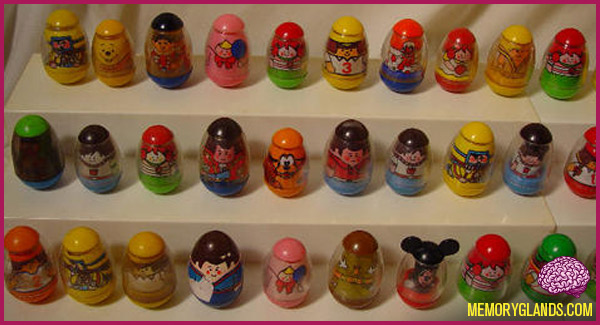 Weebles is a trademark for several lines of children’s roly-poly toys originating in Hasbro’s Playskool division on July 23, 1971. Tipping an egg-shaped Weeble causes a weight located at the bottom-center to be lifted off the ground. Once released, gravitational force (called torque) brings the Weeble back into an upright position, though inertia causes the toy to wobble briefly before coming to a standstill. Weebles have been designed to have a variety of shapes, including some designed to look like people and like animals, among others.

The popular catchphrase, “Weebles wobble, but they don’t fall down”, was used in advertising during their rise in popularity in the 1970s and during the relaunch in the 2000s. It also appeared in the 2010’s relaunch.