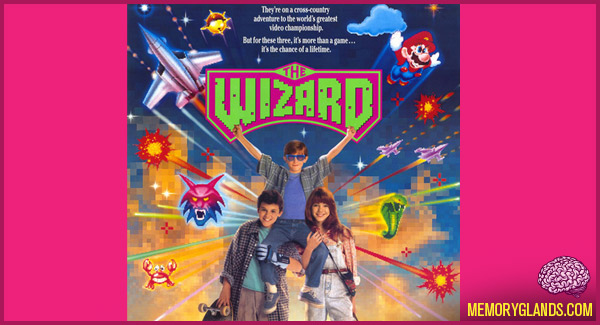 The Wizard is a 1989 adventure dramedy film starring Fred Savage, Luke Edwards, and Jenny Lewis. The film follows three children as they travel to California so the youngest, who has a condition that makes him emotionally withdrawn, can compete in a video game tournament. The Wizard is infamous for its numerous references to video games and accessories for the Nintendo Entertainment System and has been called a feature length commercial. The film was also well known for being North America’s introduction to what would become one of the best-selling video games of all time, Super Mario Bros. 3.