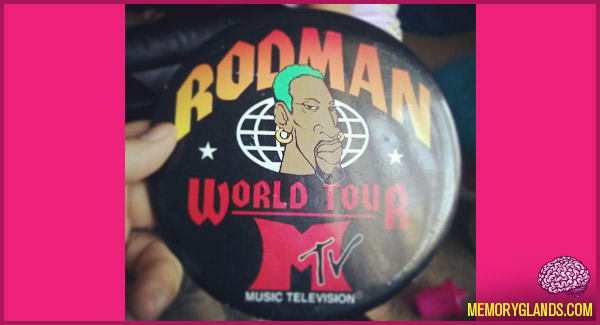 The Rodman World Tour was a television talk show hosted by NBA “bad boy” and some-time actor Dennis Rodman. It aired on MTV for its 1996 season. The show was noted for its odd-ball situations such as Rodman interviewing guests from his bed.