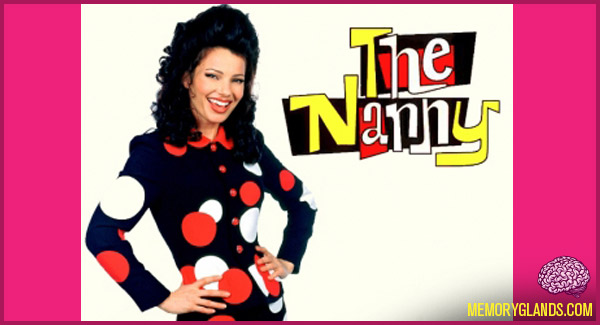 The Nanny is an American television sitcom originally broadcast 1993–1999, starring Fran Drescher as Fran Fine, a Jewish Queens native who becomes the nanny of three children from the New York/British high society.

Created and executive produced by Drescher and her then-husband Peter Marc Jacobson, The Nanny took much of its inspiration from Drescher’s personal life growing up in Queens, involving names and characteristics based on her relatives and friends. The show earned a Rose d’Or and one Emmy Award, out of a total of thirteen nominations, and Drescher was twice nominated for a Golden Globe and an Emmy. The sitcom has also spawned several foreign adaptations, loosely inspired by the original scripts.