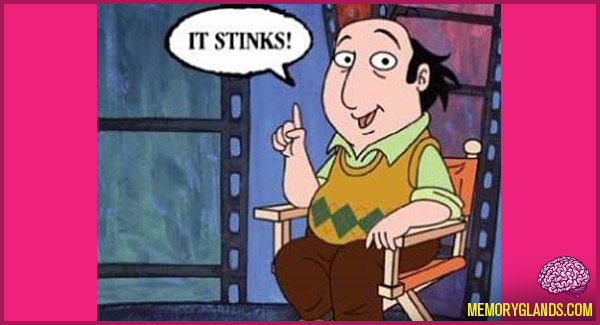 The Critic is an American prime time animated series revolving around the life of film critic Jay Sherman, voiced by actor Jon Lovitz. It was created by Al Jean and Mike Reiss, both of whom had worked as writers on The Simpsons. The Critic had 23 episodes produced, first broadcast on ABC in 1994, finishing its original run on FOX in 1995.

Episodes featured movie parodies with notable examples including Howard Stern’s End (Howards End), Honey, I Ate the Kids (Honey, I Shrunk the Kids/The Silence of the Lambs), The Cockroach King (The Lion King), Abe Lincoln: Pet Detective (Ace Ventura: Pet Detective), Scent of a Jackass and Scent of a Wolfman (Scent of a Woman). The show often referenced popular movies such as Willy Wonka & the Chocolate Factory and The Godfather, and routinely lampooned actor Marlon Brando and actor/director Orson Welles. Despite the ratings improving, The Critic was cancelled after only two seasons. It continued to air through reruns on Comedy Central and then on Locomotion.