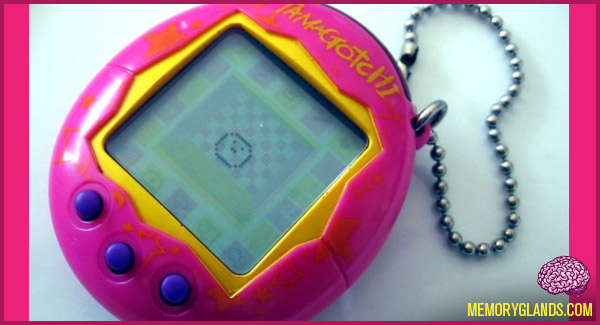 The Tamagotchi is a handheld digital pet created in Japan. It was first sold by Bandai in 1996 in Japan. Over 76 million Tamagotchis have been sold world-wide as of 2010. Most Tamagotchis are housed in a small egg-shaped computer with an interface usually consisting of three buttons, although the number of buttons may vary for different variations.

It was adorable when your little tamagotchi took a dump half the size of itself and just floating around waiting for you to clean it up. It didn’t even teach kids how to take care of something since they could just turn the damn thing off if they got sick of “caring” for it.