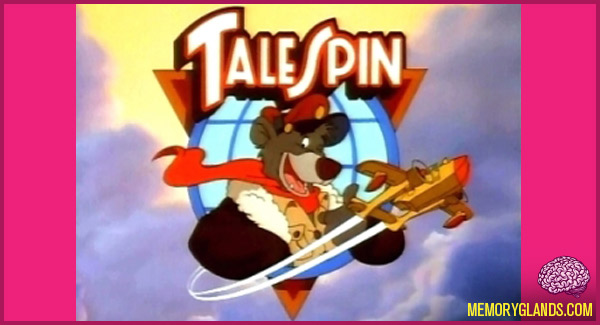 TaleSpin is a half-hour American animated television series based in the fictional city of Cape Suzette, that first aired in 1990 as part of The Disney Afternoon, with characters adapted from Disney’s 1967 animated feature The Jungle Book. The name of the show is a play on “tailspin”, the rapid, often fatal, descent of an aircraft in a steep spiral. The two words in the show’s name, tale and spin are a way to describe telling a story.