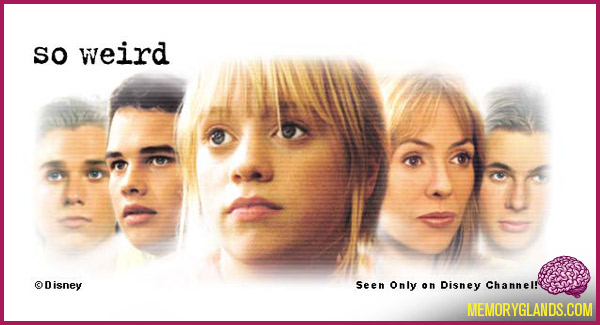 So Weird is a television series shot in Vancouver, British Columbia that aired on the Disney Channel as a midseason replacement from January 18, 1999 to September 28, 2001. In season one and season two, the series centered around teenage girl Fiona Phillips (Cara DeLizia) who toured with her rock star mom (Mackenzie Phillips), encountering paranormal activity along the way. The series was compared to the Fox TV series The X-Files since it took a darker tone than other Disney Channel Originals. The third and final season Disney replaced Cara DeLizia (due to her wanting to pursue future projects outside of Disney) with actress Alexz Johnson playing Annie Thelen. Production ceased after 65 episodes.