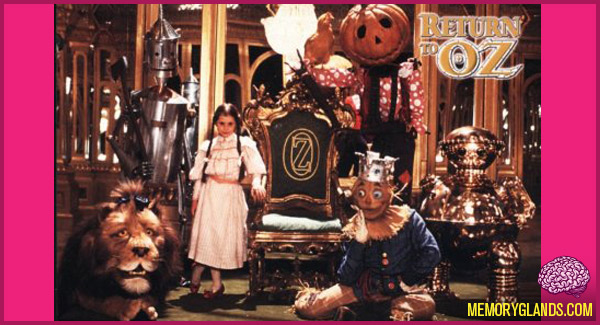 Return to Oz is a 1985 film which is an unofficial sequel to Victor Fleming’s The Wizard of Oz. The film was directed by Walter Murch, a respected editor and sound designer. Although it did not fare well at the box office and received mixed reviews from critics it has gained a loyal following.