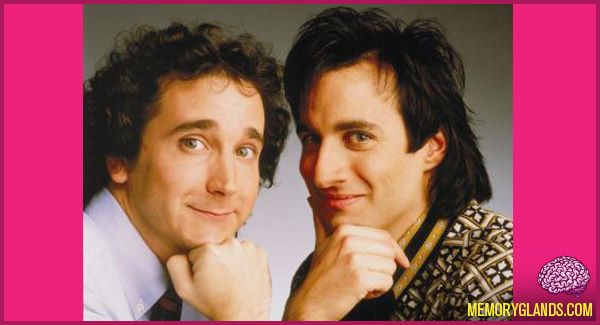 Perfect Strangers is a long-running American sitcom that ran for eight seasons from March 25, 1986, to August 6, 1993, on the ABC television network. Created by Dale McRaven, the series chronicles the rocky coexistence of midwestern American Larry Appleton (Mark Linn-Baker) and his distant cousin from eastern Mediterranean Europe, Balki Bartokomous (Bronson Pinchot).

Originally airing on Tuesdays for the short six-episode first season in midseason 1986, it moved to Wednesdays in prime time in the fall of 1986. It remained on Wednesday until March 1988, when it was moved to Friday night. It was there that the show found its niche as an anchor for ABC’s original TGIF Friday night lineup, though it aired on Saturdays for a short time in 1992. In 1989, it produced a successful spin-off, Family Matters, which ran for nine seasons and ended in 1998.