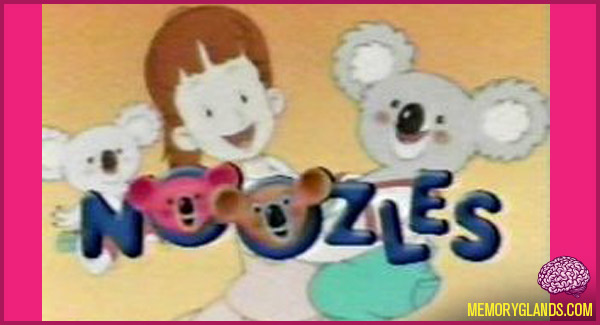 Noozles, also known as The Wonderous Koala Blinky, is a 26-episode anime by Nippon Animation Company. It depicts the adventures of a 12-year old girl named Sandy and her koala friends, Blinky and Pinky, who are from the extra-dimensional realm of Koalawalla Land. Noozles aired in Japan on the Fuji TV network in its original run from July to December 1984, with reruns continuing until 1987; an edited, dubbed version later aired in the United States on Nickelodeon from November 1988 through April 1993. The show usually aired at 1pm on the weekdays, immediately following another koala themed cartoon, Adventures of the Little Koala. It has been reported that the series has recently begun airing once again in Japan on AT-X.