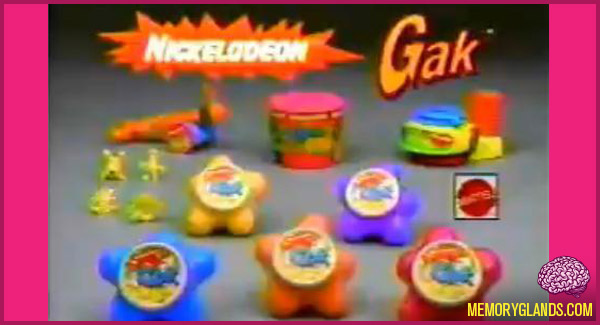 Nickelodeon/Mattel’s most popular compound; the idea was taken from the Nicklodeon show Double Dare. The original edition was manufactured in 1992, and then re-issued in 1994 for the Nickelodeon Deluxe Gift Set which included 1 canister of Nickelodeon Gak and 2 canisters of Nickelodeon Floam. It was marketed on the fact that, unlike most of the compounds, it made a “fart” noise when squeezed into its clear, star-shaped container.