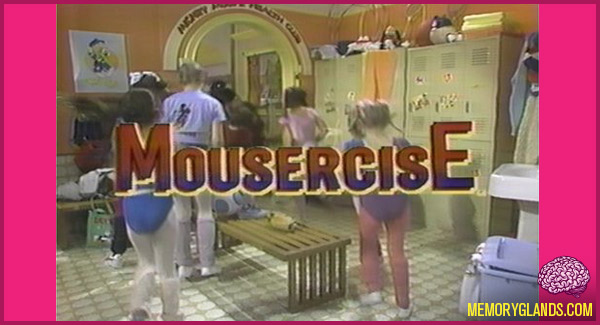 Mousercise was a television series inspired by the above album that debuted on the Disney Channel in 1983. The series, one of the channel’s first, featured Kellyn Plasschaert, along with Mickey Mouse and other Disney characters. It continued to run until the channel’s relaunch.