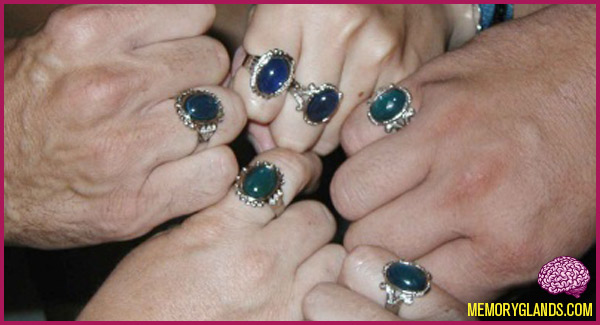 A Mood Ring is a ring which contains a thermochromic element, such as liquid crystal. The ring changes color in response to the body temperature of its wearer. The color is said, by some proponents, to indicate the emotional state of the wearer.

The mood ring was invented in 1975 by two New York inventors, Josh Reynolds and Maris Ambats, who bonded liquid crystals with quartz stones set into rings. They initially retailed for $45 for a “silvery setting” and $250 for gold, and first sold at Bonwit Teller, rapidly becoming a fad in the 1970s.