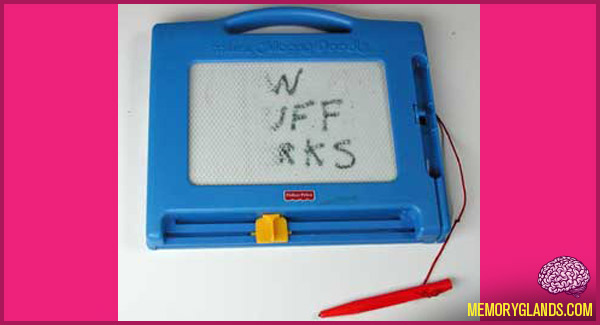 Magna Doodle is the original product name of a children’s magnetic drawing toy, consisting of a drawing board, a magnetic stylus, and a few magnet shapes. Invented in 1974, over forty million units have been sold to date worldwide, under several brands, product names and variations.

The toy was originally produced as “Magna Doodle” by Tyco until 1998, when the manufacturing rights to most of Tyco’s toy product line were sold to Fisher-Price. “Magna Doodle” is currently owned and produced by the Ohio Art Company, having formerly been distributed in the United Kingdom by Fisher-Price. Fisher-Price have produced their own alternative called the Doodle Pro.