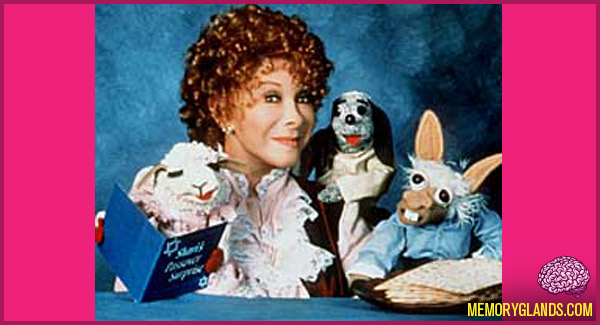 Lamb Chop’s Play-Along is a children’s television series that was shown on PBS in the United States from 1992 until 1997. 200 episodes of the show were produced, with production ending as Lewis’s was no longer able to act due to her worsening cancer and eventual death. It was created and hosted by puppeteer Shari Lewis, and featured her puppet character Lamb Chop. Appropriately, Lamb Chop was a sheep; other characters were puppets of other farm animals, including Charlie Horse and Hush Puppy.