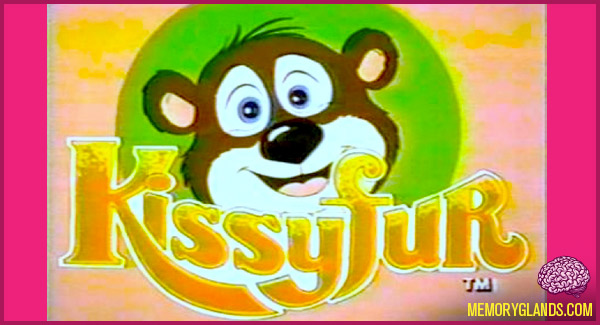 Kissyfur is a 1980s animated children’s television series which aired on NBC. It was produced by Jean Chalopin & Andy Heyward and created by Phil Mendez for DIC. The series was based on a half-hour NBC prime-time special called Kissyfur: Bear Roots and was followed by three more specials until its Saturday morning debut. The show ran for two seasons.

The show follows the adventures of Gus and Kissyfur, a father and son bear duo who had joined the circus. One day on a circus trip, the train they are riding in derails and the bears escape to a new life in the swamps of Paddlecab County. There, they protect the local swamp’s inhabitants from the local bumbling alligators Floyd and Jolene. Kissyfur and his father use the skills they have acquired from the human world to create a boat tour business transporting other animals and their products down the river.