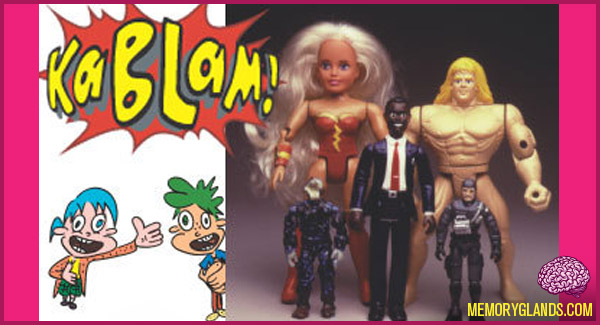 KaBlam! (branded as KaBLaM! in the logo) is an American animated television series that ran on Nickelodeon from 1996 to 2000. It features a collection of short films in several different styles of animation (including Action League Now as shown above), bridged by the characters Henry and June, who introduce the shorts and have adventures of their own in between. Although SNICK aired many Nicktoons not part of its block, KaBlam! was the only Nicktoon created for SNICK. The show became TV-Y in 1997 (when the ratings were put to use), until later that year, in which it was changed to TV-Y7.