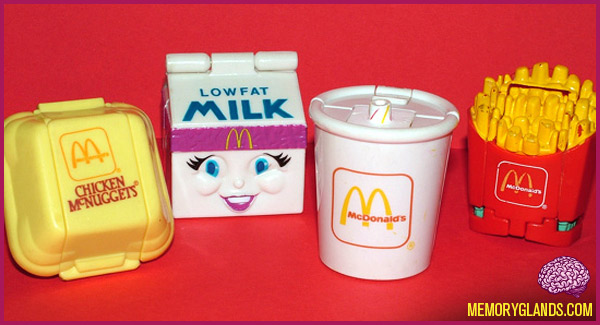 Happy Meal toys have become increasingly elaborate in recent years. While initially they were little more than a cheap plastic trinket such as a frisbee or ball, they have gradually been replaced with increasingly sophisticated toys, many of which are a tie-in to some existing toy line or contemporary motion picture. Between 1996 and 2006, this was usually a Disney movie (Disney movie themes had also been used earlier, but sporadically). However, Disney didn’t renew the contract, wishing to use their characters to promote healthier foods.

On November 2, 2010, the San Francisco Board of Supervisors passed a law requiring that children’s meals sold in restaurants must meet certain nutritional standards before they could be sold with toys, to reduce triggering of childhood obesity. The law, urged in part by increase of childhood obesity in the United States, would allow toys to be included with children’s meals that have less than 600 calories and less than 640 milligrams of sodium, contain fruits and vegetables, and include beverages without excessive fat or sugar. The Board overturned the veto of Mayor Gavin Newsom on November 23 to pass the law. The law has been ridiculed by many, including the satirical news program The Daily Show. 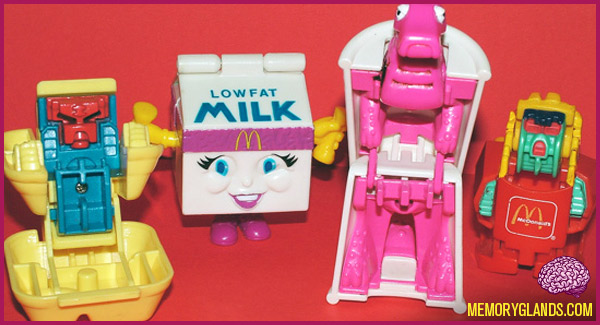